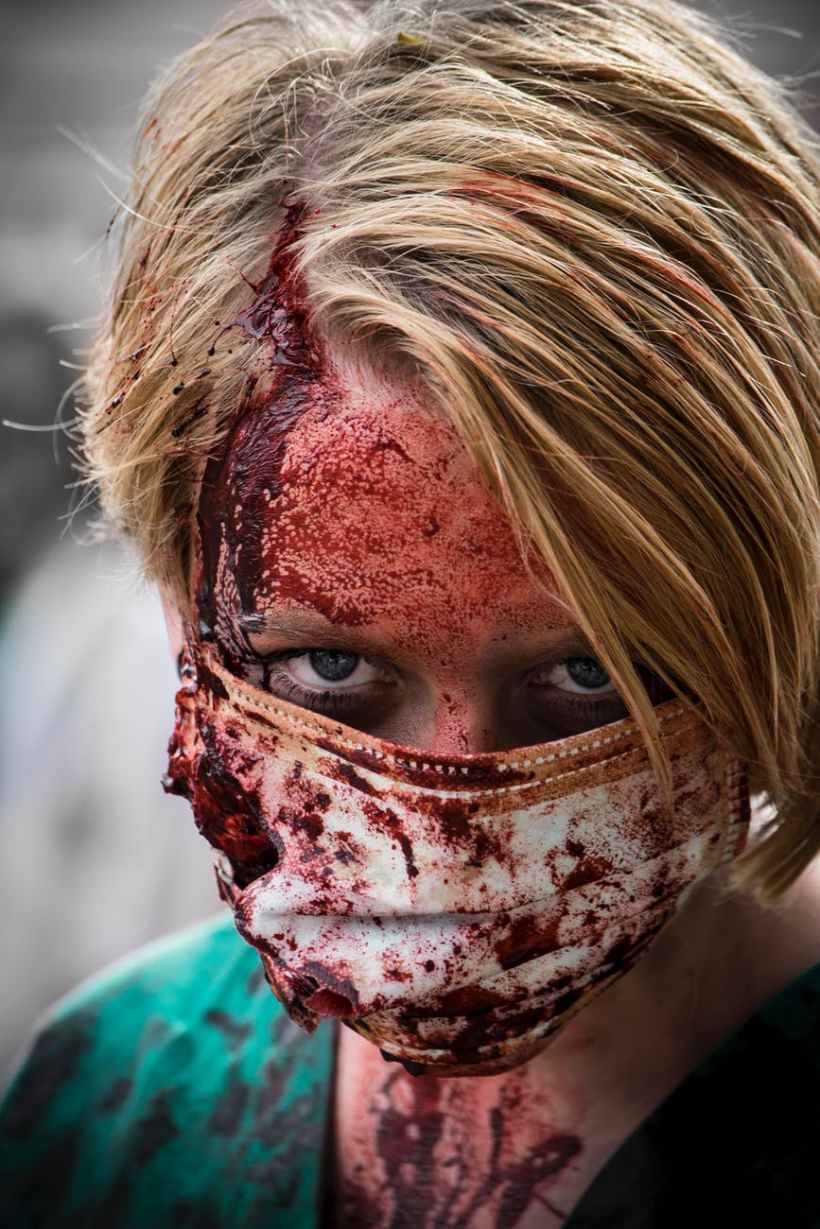 As Sally and Henry reached their bedroom, Sally was on verge of a breakdown. Her anxiety won’t let her sleep. The face won’t leave her mind for once. With her knees driven closer to her chin, to and fro she was rocking restlessly.
Henry “Darling get a hold of yourself. I told you it’s nothing. Come on stop overthinking and take this” handed her a tranquilizer, something which is she habituated to on and off since a year post a traumatic incident that left a deep scar on her mind. Sally has always been an introvert but post the traumatic incident it seemed she shut down herself completely, she simply refused to let anyone peep inside her heart and mind.
“Oh dear, I don’t want you to stroll down those bloody trails again. You have to trend your path out of it. Hold my hand, l will see you out of it” Henry murmured softly caressing Sally’s hair sitting near her headrest as she slowly slipped off into deep slumber.
Henry and Sally met each other two years ago at an official party thrown by Sally’s father, a wealthy businessman. Henry went there as an associate working in Mr.Philip’s organization who is a friend to Mr.Pattinson, Sally’s father. Sparks flew instantly as their gaze met. Party was over but they kept meeting repeatedly. Henry was a charmer in the true sense. He swept Sally off her feet when he proposed to her in a style just as a page out of a fairy tale after 8 months of knowing each other. However, Sally was a bit skeptical about the acceptance of this alliance by her father.

Mr. Pattinson was a shrewd businessman with a peculiar acumen of analyzing the profits and losses of every given situation at the hand, be it a business proposition or relationship. Emotions apparently weren’t his biggest cues to decide on things. His own relationships portrayed him as not a very agreeable character.

But soon that fear also got washed to the shore as Pattinson said “I always liked you, my boy, you got your plans so right…. be it a profession or personal. You two have my approval”. Sally could have never been so happy. But Henry had his own doubts in place, he smelt sarcasm in the approval but preferred to play it silently.

But Sally’s happiness flickered away soon. Approximately after 15 days, her father approved of her relationship with Henry, She was with her friends when she got a call on her phone. It was her father. It was a blank call.
She rushed to her home in a jiffy. Tears froze in her eyes as she looked at her father lying there lifeless. Shaken completely by the scene in front of her eyes, it took her some time to register what has just transpired there. soon there were police to take charge of the situation.

Broken Sally explained “When I reached the house, I saw my father in a pool of blood. Head was smothered, neck strangulated, nails pulled out, and innumerable stabbings. The blood & gore, and the mutilated state of my father were so petrifying that I, I, I (she started stuttering) couldn’t speak or cry for help. I was completely blank. And then I saw a reflection of a masked face smeared by blood in the glass pane of the garden as a figure halted to take a final stare at the havoc just unleashed (she pointed towards the door opening towards the backyard). The mask had a quirky, cold-hearted smirk on it”